What does it mean to be held captive?

What does it mean to be free?

Captivity is a state of being confined or imprisoned.

Being Free is having the power to Act, Speak ,and think without any limitations.

Suppose you are to choose between Captivity and Freedom, What will be your choice?

I’m certain you said Freedom, are you indeed free?

I know our freedom in life can be limited in terms of social, religious and some others, but; Are you free from your own self?

I so much wanted to own a bird as a child but never had the chance to. My younger brother was gifted with a bird once and we all were so happy to meet it. But i was saddened upon seeing the tiny bird locked up in a cage, with fear in it’s eyes, moving from one end of the cage to other in an attempt to break free. While my siblings were happy to own it, I only saw and felt how it was like to be held captive, away from it’s mother and family who were probably worried and looking for it.

Throughout that night, although I was happy to get to hold a bird, I couldn’t stop thinking of how my mum will feel If i never returned home from school one day. Our only safe way to keep it at our side, outside the cage was to break its wings making it impossible for it to fly away which was still captivity .

The truth is I was never Free emotionally until the bird was set free. No wonder i dislike keeping my dog caged up all the time.

We mostly imprison people in so many ways mostly by holding grudges and sometimes we imprison them with idea that we are keeping them safe. We are quick to identify how much people hurt us and how difficult it is to forgive them but just as its stated “unforgiveness is like drinking poison expecting the other person to die“, unforgiveness is to encage your own self. 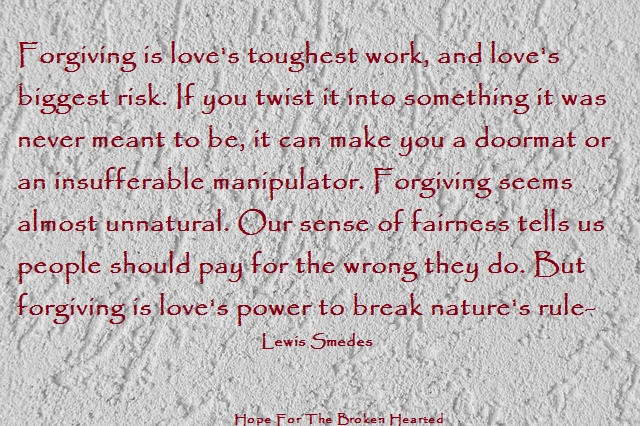 Most people have become stagnant in life because they do not know that their freedom depends on their ability to set others free. There are people who can not succeed in life because they spend time blaming others for their past misfortune rather than concentrating on how to succeed.

Some people can not find love, not that they do not want it but because their hearts are filled with bitterness over past experiences. So love comes their way but bitterness and unforgiveness make them look full and occupied, like they’re saying ” I’m attached, I already have someone in my life”.

My personal experience on forgiving and letting go left me feeling like a heavy object has been lifted off my shoulders and I felt so empty, free and happy.

Holding grudges only tends to weigh the bearer down invisibly. I have never seen someone who fails to forgive and is happy within, because you always spend time thinking about how much the person who wronged you isn’t worthy of your forgiveness.

The whole concept about forgiveness is setting yourself free, forgiving someone for YOU and not for THEM. Let go off any grudge no matter how much they hurt you or how much it hurts to let go, nobody is worth you sacrificing your happiness and freedom for. At the end it will be you enslaving and holding yourself captive, while the person you failed to forgive walks free and happy.

Choose to be Free and Happy today.

Choose to let yourself out of the cage today.

Choose to forgive yourself today.

Forgiveness is setting the captive free only to realize you were the prisoner.

OUR FREEDOM IS ONLY BY SETTING OTHERS FREE!!!

4 thoughts on “FORGIVING AND SETTING YOURSELF FREE”