I have always felt this unease towards an unjust act even when it was not done to me. When I was a child although too shy and somehow scared I always tried to defend myself when someone tried to treat me unfairly, and when I saw someone being treated unfairly I would feel so uneasy like it was being done to me and then would want to do something about it but mostly I could do nothing. I searched for means to be able to help, then I once saw on TV in a movie a lawyer defending someone then I said “oh this is how people can be helped, I’m going to be a lawyer when I grow up”. But then as much as I wanted to defend such people, I always lost my voice and could not express myself in words as much as how I felt about it emotionally.

In high school I felt like I needed to be a nurse so I can care for others, since It was difficult seeing people especially those close to me get hurt or fall sick and be in pain. Sometimes I felt like I should hug them, hold their hands, or look into their eyes and tell them it was going to be okay since it seemed to be all that they needed. But I couldn’t, I was afraid of how they will react to that or if they truly needed that. That was when I started writing, from every painful experience to unjust and joyous ones, every bit of what I didn’t have the courage to voice out. Sometimes I would leave anonymous notes on someone’s desk and other times under their pillows. Those I could not risk to let someone find out , I put them in poems so it made meaning to me alone. My pen and notepad became my greatest companion and my loudest voice, and no matter how scary sometime may appear it was not too much for me to write about. Somehow I gained the confidence that I needed to stand up for others.

One’s voice is one’s distinctive style or vision of artistic expression, to regain the ability to speak, especially after something frightening or startling has happened. Your loudest voice does not necessarily mean saying the right words. Its using a wrong to make right, its creating something out of nothing, acting on the impulse deep within saying, “Go ahead, speak up.” The world will be better because you did.

Your loudest voice is your self, and in order to own it you need to come out true to your own self. Accept your flaws and your mistakes, your pain and your shame, your breaking point and all embarrassing moments. Know that they all sum up to make you who you are, not somebody else, not who the world expects but what the world needs.

You can not show up all dressed up expecting everyone to show you their nakedness. You can not face the world telling out your gracefully and holy life stories leaving behind the ugly part and expect others to tell you about their walk of shame. No Way!

You need to take off the mask, let everyone see the tears and pain behind that mask. The world needs to know your story not somebody’s own. People needs to know how many times you got yourself messed up and how you’ve struggled to get yourself cleaned up. Show your broken or mended heart and everyone will show you their shattered ones.

Like I made clear in my post on Hope. I talk about hope because I have always had it nor is my blog main theme Hope because I can easily offer that. I  talk about it and want it for others because I lost mine once and lived life like it never mattered but I found it and with that I belief other people who have lost their hope and their reasons to live can have something to hold unto which is Hope. Every Sunday I post here not what I think my readers will be interested in but what is in my heart. So sometimes a friend may want me to write and post on something for them but may not get it when they expect it because that is not what my heart is telling me to post at that moment. Most of my post here are what I may be going through at that period and I can not lie to myself nor others. I can not post something on smoothly everything is when I am going through tough and hurting moments. I can not talk about Letting Go to be as easy as dropping a tissue when I spent years Letting go of something, its so not fair. The world needs to know how many times I failed in so many things but succeeded in something, so that someone going through the same would know and believe me when I tell him or her not to Give Up, that they are going to be okay, that it will hurt so much but will get to a time it would not hurt anymore. They will believe it because they know my story and since I have been there and out they know they can  too.

I always say it doesn’t matter the audience, my loudest voice needs to go out there and reach out to some people maybe not everyone just hope it gets to everyone, but to whoever it touches should know that it first touched my heart and that’s because its the truth, My Truth, My Story.

At the beginning its scary but just tell your story with your loudest voice, don’t be silent, you will only hurt yourself. Choose to speak out for what you want, what you need. It is your Purpose, your True self and your source of Freedom When you do, it will resonate with the right people since when they hear your voice they will be touched by it.

Your loudest voice may not be liked by everyone else, some may even condemn you but remember you are as perfect as who you are now only because of your past and haters will surely come with lovers. 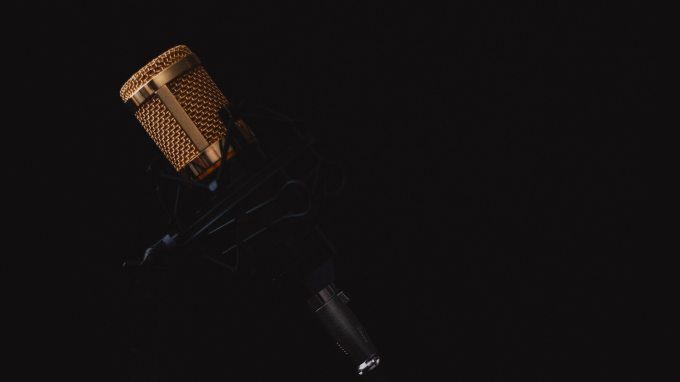 4 thoughts on “YOUR LOUDEST VOICE; YOUR PURPOSE”